Did French Fries Come from France?

What is the history of French fries?

French fries have always been (and at this point will always be) a Filipino favorite, despite it not being Filipino at all. This snack is so versatile that it is often served during gatherings or events, and whether one’s preparing for wedding catering, corporate catering, a swanky hotel party, or even just a casual meal with friends. But there’s the age old question – did French fries really come from France?

The snack’s early beginnings were sometime during the 1550s, when potatoes were brought back to Spain by Spanish forces, who originally found the vegetable in Colombia. By then, they called fried potatoes as papas fritas or patatas fritas, and an even larger variant of which was called patatas bravas. Originally, Spaniards cooked potatoes in big chunks, boiled them partially, and then fried, and more often, they seasoned it with spicy tomato sauce. It also served as an accompaniment to fish dishes in Galicia, from which it started to spread to neighboring countries and eventually reaching the Spanish Netherlands, which is now the modern day Belgium.

Adding to its origin, a book written by a teenage conquistador with the title “The Chronicles of the Incas, or the Seventeen-Year Travel of Pedro Cieza de Leon Throughout the Mighty Kingdom of Peru”, was said to have been the first written mention of fried potatoes during the year 1553. In it, Pedro Cieza de Leon described the potato as “some sort of earth nut which, after it’s boiled, is as tender as a cooked chestnut.” Given that the Spanish cooking tradition is very much known for frying in oil, it added as much to the early beginnings of French fries.

As the root plant did not grow very well in some places, it took some time before they went from being bitter and small to becoming sweeter and plumper; this eventually led the potato to catch on in other places in Europe with a bit of defiance.

There are accounts that pinpoint that the Belgians have been frying up potatoes during the late 17th century (or the 18th; there are disputes as to the exact date) in the Meuse Valley. As the story goes, this practice began when the locals, who were fond of frying small fish as their food source, couldn’t fish due to the rivers freezing over during the winter. Forced to find an alternative food source, they cut up and fried potatoes instead, thus giving credence to stories that claim that french fries indeed originated in Belgium plus the fact that their main language was French, hence the term ‘french’ fries.

Adding further proof to this claim is that at the same time, the Spanish were actually the ones who were occupying modern-day Belgium; this is also the same time that the potato was circulating around Europe. If this is to be believed, then that means that the Belgians had more chances to innovate serving up the said vegetable.

As for its roots in France, most of the story revolves around a Frenchman named Antoine-Augustine Parmentier. He was a medical officer who served in France during the Seven Year’s War. Unfortunately, he was taken prisoner by the Prussians and was given potatoes for rations. He was forced to cultivate and eat potatoes and he found that they were not as harmful as the French originally thought. (Initially the French held beliefs that potatoes caused leprosy and various other diseases and they only used the crop for hog feed.)

When he made his way back to France, Pamentier aggressively promoted the consumption of potatoes, based from his experience in the Prussian prisons. He somewhat succeeded in 1772 when the Paris Faculty of Medicine officially declared potatoes as safe for consumption; though it didn’t do much as the French were still deeply rooted in their negative perceptions about the vegetable. To counteract this resistance, he began a more combative campaign wherein he hired guards to protect his potato crops, but to also accept all bribes to pretend that his potatoes were important. Unfortunately, it was all for naught, as it took a famine to get them to even try potatoes.

It became widely consumed soon after and its popularity reached all over Europe. By 1795 potatoes became a hot crop – it was being grown all over France and it’s speculated that it was during this time that they learned how to make fries. They got so big that they even became street food – push cart vendors often sold them on the streets and nicknamed them “frites”.

Fries in the United States

After the French fries’ popularity in the Europe, the food eventually reached the United States through Thomas Jefferson – the first foodie of America. During that time, Jefferson believed that fries originally came from France as he first encountered them in France between 1784 to 1789 where he served as an American Minister. By then, he knew them as pommes de terre frites à cru en petites tranches, which in English meant potatoes deep-fried while raw, in small cuttings, along with other recipes which are now among the present time all-American favorites: macaroni and cheese, and vanilla flavored ice cream.

Today, the popular American style French fries, named as plain “fries” were those thin, strip cuttings that were largely distributed worldwide by American fast food chains such as Wendy’s, McDonald’s, and Burger King. Along with this, the pre-made French fries, sold in sealed plastic bags and frozen, that’s very popular among households since the 1960s have also started in the United States. Hence, even though the United States was not the first place where the humble fried vegetable originated, it played a huge part in its widespread distribution throughout the globe.

French Fries were originally created in Belgium, but it was the French who were responsible for spreading them to the United States. In turn, the United States popularized fries by making them staple on fast-food menus, which is why sometimes French fries are also often referred to as American fries. 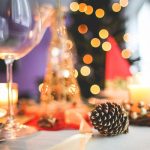