How did chocolate become so popular?

How did chocolate become so popular? 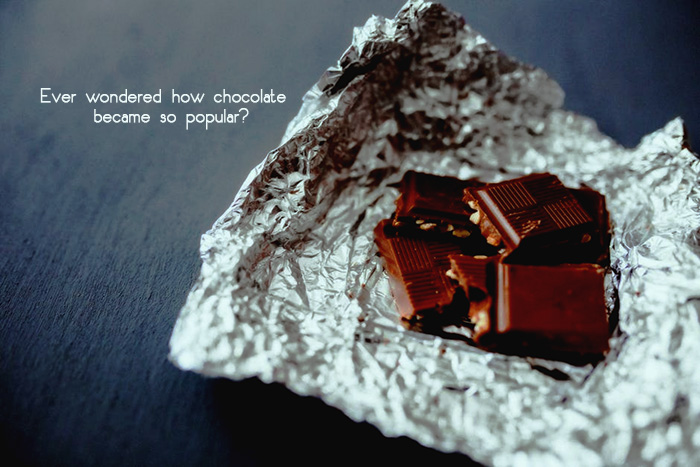 For the longest time, chocolate has been a staple in many dessert recipes. So much so that you wouldn’t see much wedding catering services leaving it out of their menus. It is also has a huge influence on culture; especially in gift giving. Chocolate has and remains to be one of the most popular gift options out there; whether for valentines, a birthday, anniversary, or just for the heck of it. However, it took a lot of development for chocolate and it wasn’t always a sweet and tasty treat. Discover how it became food behemoth it is today by reading on further.

Chocolate wasn’t always eaten in delicious chocolate bar form. That came much later. Instead it was enjoyed as a bitter drink that was made from cocoa beans. The beans were grinded into paste and mixed with a number of ingredients, including vanilla, honey, water and pepper.

These chocolate drinks were well known in the Mayan and Aztec communities as a mystical drink that was spiritual in nature. This was because of the unique effects they had on the human body. The people of this time found that consuming the drink would make them feel more invigorated; it gave them better moods. Talk about comfort food! At times, it was even considered as an aphrodisiac.

With such luxurious effects, the Mayans believed it came from cocoa. This is why the right to consume chocolate was saved for nobles, spiritual leaders and rulers, and for sacred events.

In the 14th Century, the Aztecs began to conquer and dominate Mesoamerica. However, they started craving for cocoa which could not be found in central Mexico. Because of this, the Aztec people started to trade with the Mayans for cocoa. By this time, the beans were so coveted that they were even used as currency.

There were even accounts of the 16th century ruler of Tenochtitlan, Moctezuma II drinking three gallons of chocolate a day. He did this with the belief that it would increases his libido.

Sailing Across the Atlantic

In the early 1500’s Hernan Cortez invaded and conquered a part of Mexico in the name of Spain and was introduced to these special beans. He was fascinated by how the local cultures valued it and treated it as a form of currency. Cortez put up a plantation for the cocoa beans and started importing them into Spain. Because it was an imported product it was still saved for the royal and noble, and they tweaked the recipe a bit by sweetening it with cinnamon and cane sugar.

When Christopher Columbus made his fourth trip to the Americas in 1502, he and his crew became the first Europeans to encounter cocoa beans. They found it when they seized a large native canoe that contained many trade goods. Columbus took the bean back with him to Spain where it was introduced to the Spanish court.

But it wasn’t until 1519 until a European experienced a chocolate drink. In this time, Hernán Cortés and his troops came across Tenochtitlan during the Spanish conquest of the Aztecs. He was introduced to these special beans in the court of Moctezuma II. He was fascinated by how the local cultures valued it and treated it as a form of currency. It was even documented that the servants would serve their ruler this drink made of cocoa in gold cups and large pitchers.

After the conquest, Cortés put up a plantation for the cocoa beans and started importing them into Spain. Because it was an imported product it was still saved for the royal and noble. They tweaked the recipe a bit by sweetening it with cinnamon and cane sugar. This quickly became a favorite in the Spanish court.

Spain Couldn’t Keep It a Secret Any Longer

When King Louis XIII of France married the daughter of King Philip II of Spain, her addiction to the drink migrated to France and from there the spread began. The aristocrats loved the sweet drink and the numerous health benefits they believed it brought. The social status it implied was another reason for its popularity. Chocolate was still a premium product, after all! In order to appease the growing demand these same European influencers set up plantations for the beans in different regions near the equator around the world.

Expanding to the Rest of Europe

Eventually, plantations started sprouting in France, England, and Netherlands. At first, they used Mesoamerican natives as their labor pool for these plantations. But eventually, disease would kill a majority of these natives and the Europeans resorted to importing African slaves. It was a bad turn for slavery but luckily, wind and horse powered mills were created to speed up the

Chocolate found its way in many stores not just in Europe. In America, they were incorporated in many recipes. Rather than being just a drink, chocolate became sweet treats and were included in pastries. The true revolution began with the invention of the cocoa press by Van Houten in the 1800s. This made the processing of cocoa beans into fine powder much easier and more affordable. Thanks to this innovation chocolate wasn’t just made for the rich and powerful, it paved the way for chocolate to be enjoyed by the masses.

The rest as they say is history. Many other players took advantage of the growing popularity of chocolate and created their own variations. Now we are exposed to a market with so many variations of this sweet and sometimes bitter treat. Next time you take a sip of hot chocolate, take a moment to appreciate its journey to where it is now. 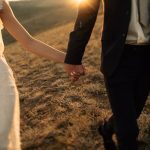 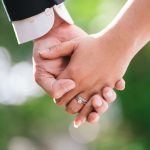 5 Elegant Wedding Venues In The Philippines 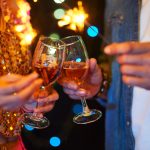 A Simple Guide On How To Plan A Christmas Dinner